Experts pointed out that the waste recycling equipment factory whole body of used household appliances is valuable. The used equipment of the project is recycled, containing many renewable resources such as nonferrous metals, ferrous metals, plastics, rubber, glass, etc. Some used electronic products also contain precious metals such as gold, silver, copper, tin, chromium, platinum, palladium, etc. Through formal recycling, centralized dismantling, classified storage, and treatment of toxic chemicals can be realized. Take the dismantling of mobile phones as an example. A mobile phone can be dismantled into various components. If the battery of the mobile phone is recovered and accumulated to one ton, 200 grams of gold can be refined. In addition, 300 grams of gold, 1 kilogram of silver, 150 grams of copper and nearly 2 kilograms of rare metals can be extracted from 1 ton of waste personal computers. It can be seen from this that waste household appliances are also "mines" to be dug, which can dig deep into their resource attributes. In order to effectively recycle and scientifically treat a large number of waste household appliances, a virtuous circle is formed. Industry insiders pointed out that the order of the secondary market and scrap purchasing stations should be standardized to allow more electronic waste to flow into formal dismantling enterprises so that they can be more effective and environmentally friendly developed. 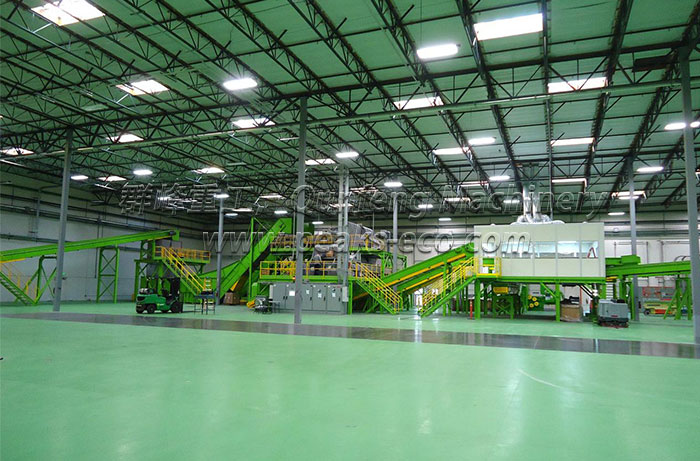 Principle and application of garbage sorter: