Garbage belongs to the public's private goods during the classification and storage stage. After the garbage is classified and released by the public, it becomes a regional quasi-public resource of the community or community where the public is located.

Judging from the methods of domestic garbage classification in cities at home and abroad, they are generally classified according to the composition and amount of garbage, combined with the resource utilization and treatment methods of local garbage.

Carrying out garbage classification and collection can reduce the amount of garbage disposal and treatment equipment, reduce the treatment cost, and reduce the consumption of land resources. It has several social, economic, and ecological benefits.

Everyone throws a lot of garbage every day. In some areas with better garbage management, most of the garbage will be harmlessly treated by sanitary landfill, incineration, compost, etc., and the garbage in more places is often simply piled up or landfilled. , Leading to the spread of odor and polluting the soil and groundwater.

Garbage classification is a reform of the traditional way of garbage collection and disposal, and a scientific management method for the effective disposal of garbage. Faced with the increasing situation of increasing garbage production and the deterioration of environmental conditions, how to maximize the utilization of garbage resources, reduce the amount of garbage disposal, and improve the living environment through garbage classification management is an urgent issue of common concern to all countries in the world.

The reason for the increase in garbage is the improvement of people's living standards and increased consumption. According to statistics, in 1979, the amount of urban garbage collected nationwide was more than 25 million tons. In 1996, the amount of urban garbage collected was 1.16 yuan/ton, which was four times that of 1979. Although the garbage after high temperature incineration will not occupy a large amount of land, but its investment is amazing. Do we have no way to deal with garbage? There are ways, this is garbage classification. Garbage classification is to put garbage into the source at the source, and to make it a resource again through the removal and recycling of the classification.

The advantages of garbage classification are as follows:

Some substances in domestic garbage are not easily degraded, which seriously erodes the land. Garbage classification, remove recyclable and non-degradable substances, reduce the amount of garbage by more than 60%.

Most of the waste disposal in China adopts sanitary landfill or even simple landfill, which occupies tens of thousands of acres of land; and the flies fly, the sewage overflows, and the smelly air smokes, seriously polluting the environment.

we provide garbage sorting system,you can know it. 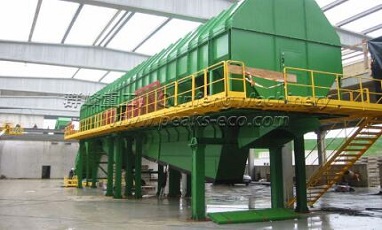