In order to cope with the increasing waste production and environmental conditions, waste sorting by the Garbage Sorting Equipment is undoubtedly an effective management method. The classification of waste source has a considerable impact on the distribution of processing equipment and the choice of processing technology. As early as 1904, Germany began to implement urban garbage sorting and processing. After more than a century of development, it has formed a set of mature and reasonable refined garbage disposal systems, which is a model for learning in other countries.

At present, the urban waste classification work in most areas of China has been slow to advance. The main reason is that it is difficult to effectively link the collection and classification processing. Whether it is the choice of technical route or the construction of supporting facilities, it needs to be considered. At present, the end treatment of domestic garbage in China is still mainly based on landfill, occupying a large amount of land, and pollution control of waste incineration needs to be further improved. Therefore, front-end sorting is important for end-finishing. Waste sorting by the Waste Sorting Machine not only reduces processing costs, but also reduces pollution and makes resource-based products more useful. The author thinks that we should start from the following aspects: 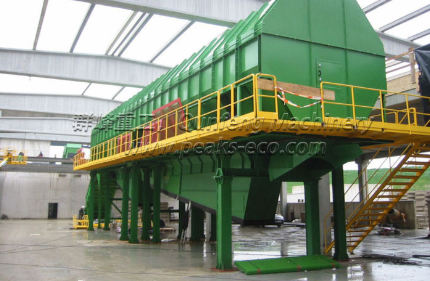 The first is to strengthen guidance. Through the formulation of detailed waste separation regulations and policies, and clear classification standards for raw waste, we will strengthen supervision of Garbage Sorting System and standardize waste sorting. Second, the promotion of community waste classification needs to be strengthened. Give full play to the advantages of community propaganda, inform residents of the correct method of garbage classification and related environmental knowledge, and improve residents' awareness of garbage classification participation. Third, enterprises should strengthen environmental awareness from the industrial chain, eliminate excessive packaging, establish waste product recycling mechanisms, and reduce environmental pollution caused by raw garbage.