So far, there is no scientific and unified criterion for judging whether the garbage classification is good or not.

How much waste is sorted out and reduced through waste sorting equipment, or how much money is spent sorting out a tonne of waste? We will find that some places have spent tens of millions of yuan for several years, but only tens of thousands of tons of renewable resources are recycled (not including kitchen waste). Calculated according to the cost of recycling per ton, up to a few thousand or even tens of thousands of yuan per ton, such an approach is definitely unsustainable and unrepeatable.

So what are the real criteria for classifying rubbish? According to Waste Sorting Machine MSW China Manufacturer; There are three criteria:

First, whether it is conducive to sustainable and harmless household garbage, recycling, and source reduction.The so-called sustainable means that it can continue continuously, which requires low operating costs and not excessive financial input. Harmlessness is the foundation, and resource recovery is the guarantee, that is, how much waste is allocated for recycling treatment and utilization and no longer enters landfill sites. In the documents of the Ministry of Housing and Urban-rural Development, the utilization rate of classified resources reaches 35%. The key is to reduce the front source, which can be promoted or pushed back by garbage classification. For example, the daily amount of garbage per person can be reduced from 1.12 kg before to 0.39 kg in 2009 by garbage classification, which can be reduced by 65%. Through garbage classification, South Korea produced 2.3 kilograms of waste per capita per day in 1995, compared with 0.95 kilograms in 2006, a decrease of 58.7%. 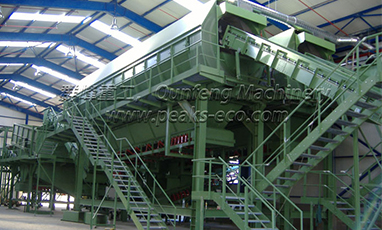 Second, is it beneficial to the residents' sense of gain and happiness? First clarify the attributes of garbage, because garbage is a pollutant, you should first pay; because it is sorted, you should pay for labor, and you should have income, especially economic income. However, due to historical reasons, the previously mixed waste treatment fee was not charged or not charged in full, so the income through waste classification and reduction cannot be reflected. This situation needs to be corrected and becomes "multiple mixed wastes. Charge, sort garbage, and pay less". At the same time, the residential environment of the community has become tidy and clean due to garbage classification, which improves the beautification of the living environment, and the residents have a sense of gain and happiness.

Third, is it conducive to reducing the overall government financial input? When garbage sorting starts, the government needs to increase investment appropriately, but from a long-term and overall perspective, as garbage is recycled and the source is reduced, the garbage removal and disposal fees will be reduced, and the service life of the back-end factories will be extended. This will produce economic benefits. Therefore, the success of garbage classification will not only produce ecological and social benefits, but also industrial economic benefits.