What Are The Environmental Protection Measures That the Garbage Transfer Station Should Take?

Garbage odor is caused by the fact that domestic garbage contains more organic matter such as leftovers, vegetable roots, leaves, poultry, animal and fish skin, hair, fat, scraps, etc., and a certain amount of moisture. Poor ventilation and the action of microorganisms will produce a certain amount of odorous gases such as ammonia and organic amines, which are commonly referred to as garbage odors. Because a large amount of domestic garbage is produced in residential areas, the collection and treatment of garbage are also built-in densely populated areas. In this way, the odor generated by the concentrated stacking of garbage disposal will inevitably cause pollution to the surrounding environment.

Because the odorous substances in the garbage transfer station are relatively mixed, the odor treatment equipment should also be more advanced to meet the requirements of odor treatment. 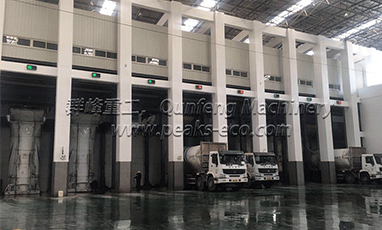 Environmental protection measures to be taken in the Waste Transfer Station Project China:

(1) Prevent shredded paper, rags and other paper scraps and dust from drifting into the surrounding environment with the wind

(2) For the garbage stored in the transfer station, effective measures should be taken to prevent the dust and odor from polluting the surrounding environment

(6) The transfer station shall take a variety of preventive measures to reduce the noise generated by garbage handling machinery and transportation vehicles, and prevent noise pollution to surrounding residents

Dezhou Qunfeng Machinery Manufacturing Group has a good reputation. It is mainly engaged in complete sets of waste sorting equipment, waste compression equipment, waste transfer stations, vertical transfer stations, incineration systems, hydraulic flaps, and other related products. According to the different actual situations of the customers, we carefully formulate a satisfactory plan that meets the customers, and then implement the reasonable price.