How Does An Eddy Current Separator Work?

An eddy current separator is a device that uses a magnetic rotor with alternating polarity to separate two different types of electrically conductive particles. These particles are drawn to each other by the alternating magnetic field, and then drop off a conveyor into a chamber. The resulting repulsive force forces the non-ferrous metals to fall off. This method is often used to separate unwanted particles, such as lead, but is not limited to this.

How to Build An Eddy Current Separator

Eddy Current Separators use two types of magnet blocks in parallel. The first type of magnet is standard ferrite ceramic, while the second type uses rare earth magnets, such as NDFEB. The second type uses a series of alternatingly polarized eddy currents to react with various types of metal, creating a repelling force on a charged particle. Aluminum is a particularly good choice for this application because of its light weight and conductive properties, which allow it to be levitated and ejected from the normal flow of a product stream.

An Eddy Current Separator consists of a belt and two pulleys. One pulley is magnetic, while the other is non-magnetic. The eddy current moves in a continuous motion, thus separating two different materials. This method is primarily used for separating iron and other non-magnetic metals. However, there are many limitations to this method, and it should be used with care. 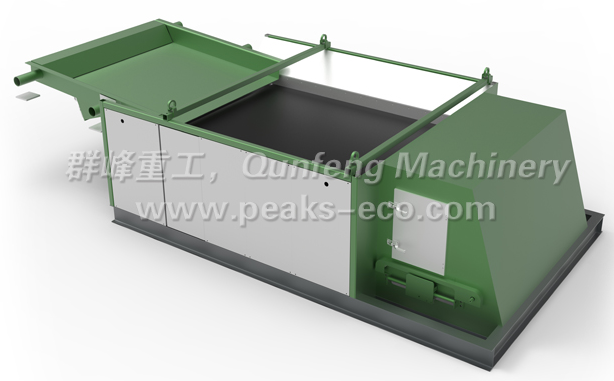 One of the easiest materials to separate is aluminum, due to its light weight and high conductivity. Copper can be separated because it has high conductivity, but it is more difficult than aluminum because of its heavy weight. Although they are nonferrous metals, stainless steel 302 and 304 are difficult to separate because of their high resistance to current flow. Die cast metal, or white metal, is another ideal candidate for eddy current separation. Its light weight and high conductivity allow the formation of high current and large force. There are other nonferrous metals, such as zinc, titanium, magnesium, bronze, and brass, which may be separable.

A large piece of nonferrous metal will generate more current and therefore more force for repulsion than a small piece. Generally speaking, ½-inch and larger pieces are separable. Smaller pieces may be separable under certain conditions and depending on the type of material. Air resistance to the small pieces can make separation difficult or impossible because the eddy current force is so small.

Nonferrous metal trapped in nonmetallic material may be impossible to separate. Small scraps of aluminum that are embedded or trapped in fabric, foam, or plastic usually are not recoverable. Copper wire covered with heavy insulation cannot be separated. And although aluminum cans are very easy to separate, a full soda can is not recoverable – the weight of the soda, or nonmetallic material, is much greater than the repelling force affecting the aluminum.

It is important to load the separator’s conveyor belt as uniformly and as lightly as possible. If large surges occur, nonferrous metal will be under other material. This can weigh it down and cause a decrease in its trajectory, which may result in the piece not making it over the splitter and not being recovered. 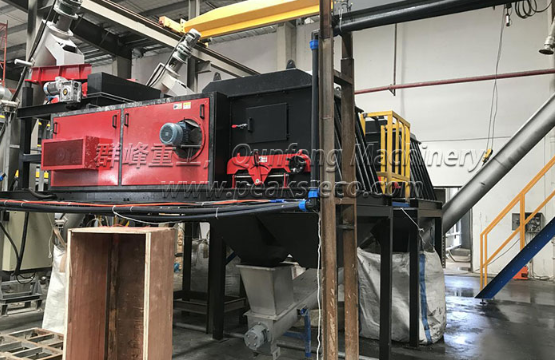 When using an eddy current separator on ASR, it is important to remove all possible ferrous metal from the material. Large pieces of steel can crush the wear cover of the rotor, and even small ferrous particles can accelerate wear on the rotor cover and the belt.

Auto shredders usually have one or two large diameter magnetic drums recovering ferrous after the car has been shredded. In addition, a magnetic head pulley should be installed. If large and strong enough, this pulley will remove almost all the ferrous material that is left.

Manufacturers also use a variety of designs to ensure that the magnetic rotor is not damaged from any ferrous debris that remains in the burden. One manufacturer has patented a heavy-duty triple shell for the rotor; another uses a Kevlar protective layer. Other features that keep ferrous from getting under the conveyor belt and onto the rotor include a four-pulley arrangement for the conveyor or an eccentric configuration for the rotor and shell.

In eddy current separators with a concentric rotor design, the magnet is placed in the center of the outer shell (pulley) so that the alternating magnetic field encompasses the whole 360 degrees of the shell. In eddy current separators with an eccentric rotor design, the magnet is located off-center so that the magnet only touches on a tangent of the outer shell. This design can result in more efficient discharge of ferrous materials, since they leave the magnetic field sooner. Eccentric rotors are usually adjustable.

Qunfeng is an eddy current separator manufacturer. Please feel free to contact us if you need them!