How to Clean the Eddy Current Separator? 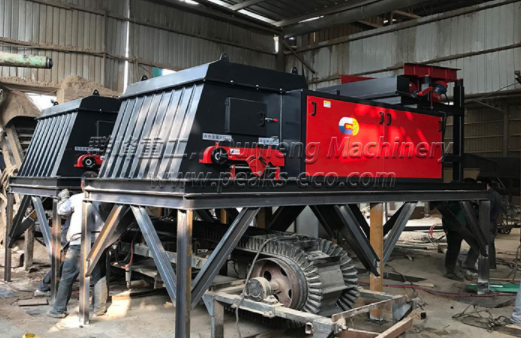 With the progressive maturation of waste nonferrous metal classification as well as processing innovation in the last few years, eddy current separators have actually been embraced by consumers in the waste metal recycling industry as well as are made use of to arrange nonferrous metals in steel scraps: copper, aluminum, magnesium, zinc. Waiting on the purpose of recycling as well as re-smelting, it has very high economic as well as environmental management worth.

What Is Eddy Current?

Eddy currents are loops of electric current which is circulated in a conductor by changing the magnetic field in it. When the current flows through the conductor, an eddy current will produce its own magnetic field.

How Separation Is Done!!

Does An Eddy Current Separator Need To Be Cleaned?

What are the cleaning steps of the eddy current magnetic separator?

2. The second step is to clean the foreign objects on the belt, because the conveyor belt is PVC or PU material, and sometimes it will be scratched by sharp objects, such as iron wire and metal sheet, which is easy to get into the belt And cause damage to the belt, workers should promptly remove foreign objects stuck on the surface of the belt when handing over shifts.

4. Clean the control cabinet of the eddy current separator. The control system is an important electrical component of the sorting machine. When it is used in a dusty environment for a long time, it should be cleaned in time to prevent the dust from entering the internal gaps of the electronic components. After being damp, it will cause electricity and so on. Air gun or other large air volume equipment to clean up.

5. The shell of the separator generally has metal and garbage after long-term use. It is necessary for workers to clean up the garbages and metals scattered on the shell of the equipment in time to prevent them from falling into the gap and damaging the machine.

Dezhou Qunfeng Machinery Manufacturing Group, located in the east of Ningjin economic development area of Dezhou Shandong, is a high-tech enterprise dedicated to manufacturing and operating environmental sanitation equipment, weighing products, waste sorting equipment, and steel structure. All of our environmental products have passed IS09001 certification in 2006, ISO14001-2004 certification and ISO18000 occupation health safety management system. Besides, we have graded 5 stars in the Chinese post-sales service certification system. If you are interested in our products, please feel free to contact us!