The system, which is the first of its kind on California's Central Coast, will help the communities in that region achieve the state goal of a 75 percent recycling rate by 2020, said Tim Flanagan, MRWMD general manager, in a press release. The C&D capabilities will also help the local building community comply with the state’s 65 percent diversion mandate for new construction.

According to BHS, the waste sorting system is designed with the flexibility to respond to the evolving ton. It includes BHS bag breaking and screen technologies. The waste sorting equipment frees material and ensures consistently sized fractions are fed to the Nihot Single Drum Separators, which remove contamination from the fiber and container streams. The facility also includes an NRT FiberPure optical sorter, as well as three optical sorters targeting PET, HDPE and PP.

The baler machine is a Kadant PAAL Konti, which are widely used in Europe and were introduced in North America last year through a partnership with BHS. 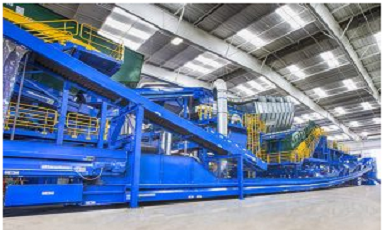