The waste management plant shares this article with you.

Nature is part of the life cycle, and waste occurs when any living thing returns matter to the environment. Organisms absorb raw materials and waste recycled by other living organisms. However, humans create additional streams of residue that overload the natural recovery process, and these wastes must be managed to reduce their impact on our beauty, health, or environment.

Solid and fluid, hazardous, and non-toxic waste is produced in homes, offices, schools, hospitals, and industries. No society is immune to the day-to-day problems associated with waste disposal. How waste is disposed of usually depends on the source and characteristics of the waste, and any local, state, and federal regulations governing waste management. Housing and industry, urban and rural areas, and developed and developing countries often differ in their approach.

Waste collected from residential, commercial buildings, hospitals, and schools as well as from light industries is usually classified as municipal solid waste. Municipal solid waste mainly includes paper, containers and packaging, food waste, garden decorations, and other inorganic waste. MSW may also include industrial sludges that are produced as a result of extensive mining, construction, and manufacturing processes and are classified as hazardous or harmless.

In 2006, Americans produced more than 250 million tons of garbage. Nearly 33 percent of the 82 million tons of material recovered; That's more than 10 billion gallons of gasoline. More than 30 million tons (12.5 percent) are burned through the energy recovery process, and about 138 million tons (55 percent) of the material ends up in landfills. Municipal waste does not pose a direct threat to human health or the environment if properly disposed of.

Flammable, corrosive, reactive, or toxic waste (which may be in the form of solid, liquid, or gas) is defined as hazardous waste. Although the term is often associated with items labeled skull and crossbones, many hazardous wastes include products used daily, including paint, car waste, batteries, shoe polish, and even laundry detergent. In addition, many of the things we rely on produce hazardous waste during their production.

Legislation requires enterprises that produce hazardous waste to manage it from generation to disposal. Waste is usually treated to alter its biological, chemical, or physical properties in order to reduce its risk or to reduce its total volume. If certain hazardous substances are environmentally safe, they can be recycled, although they may be expensive. All remaining waste is then disposed of safely to further eliminate any adverse effects on human health or the environment. Nowadays, many industries are trying to reduce the generation of hazardous waste by modifying manufacturing processes or replacing hazardous substances with less or harmless substitutes.

A new and growing part of the waste stream is called "e-waste". Although not clearly defined, e-waste applies to many electronic devices used by businesses and individual consumers, whose usefulness is nearing an end. This includes but is not limited to computers, fax machines, photocopiers, and televisions.

One factor that complicates the handling of these items is that some components contain hazardous substances. Cathode ray tubes in computer monitors and televisions are one example. Thus, uncertainty about how to manage them leaves many old electronic devices idle. 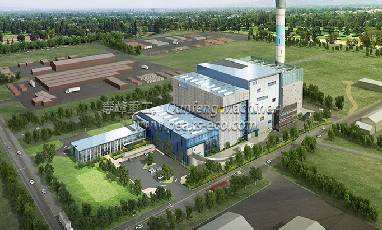 However, many of these products can be reused, refurbished, or recycled. There are a number of options to reuse still-usable devices, from selling them to people who can use them or donating them as a charitable donation. Many non-work items can be refurbished to bring them back to work. Finally, any component that cannot be repaired can usually be recycled.