The national waste treatment principle is as follows: First, it is to recycle as much as possible, including as far as possible the recycling of biodegradable organic matter such as composting and anaerobic digestion; the second is to incinerate combustibles as much as possible; The last is to landfill the garbage that cannot be processed in other ways. The main characteristics of the three methods of landfilling, incineration, and composting are introduced below, and a simple comparison is made.

Landfill: The landfill is divided into two technologies: simple landfill and sanitary landfill. Simple landfilling generally involves choosing a mountain col or digging a huge pit in the suburbs and dumping the collected garbage into it. When the garbage is filled, some earth-covering work is done on the garbage dump to cover the garbage. A simple landfill has low investment and simple operation, but it occupies a large area. The landfill leachate causes serious pollution to groundwater and soil. The odor generated by garbage dumping seriously affects air quality. Sanitary landfill is to lay an anti-seepage isolation layer at the bottom of the landfill, discharge the generated leachate for treatment, prevent the leachate from polluting the groundwater and soil, and at the same time export the methane produced by the fermentation of the waste for use or reasonable discharge. The advantages of the sanitary landfills are strong applicability, can accept various wastes, large processing capacity, and low initial investment and operating costs. The disadvantage is that the landfill has strict site requirements, relatively difficult site selection, and large area. The landfill is generally suitable for areas with sparse population and rich land resources. Sanitary landfill is the main method adopted in China's garbage disposal at this stage. 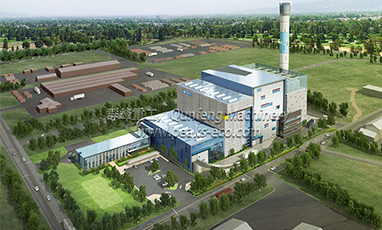 Garbage incineration: Garbage incineration is a high-temperature heat treatment technology, which means that garbage is sent to an incinerator for incineration to reduce the volume, volume, and harmlessness of garbage disposal. In industrially developed countries, the incineration method has been widely used. The advantages of the incineration system are: (1) Small footprint, which is particularly important for cities with tight land use; (2) High degree of capacity reduction, generally, 90% reduction in capacity and 80% reduction in capacity (3) Thorough disinfection, the high temperature generated by the incinerator can completely decompose the harmful substances in the garbage, and completely kill the pathogens in the garbage; the gas and smoke produced by the combustion are discharged after treatment, and the secondary pollution is small; ( 4) The thermal energy generated by waste incineration can be used for power generation and heating, turning waste into treasure. Of course, the incineration method also has its limitations: large investment, complicated operation, high management cost, flue gas generated during incineration, etc. Large funds can be effectively processed.

Garbage composting: Composting is the separation of organic components in the garbage, adding certain additives for fermentation, and then further processing into fertilizer. The Composting project has a simple process and is suitable for processing garbage with high perishable organic matter, but it cannot completely dispose of all garbage, and other treatment methods are generally required at the same time. Due to the unstable quality of the fertilizer produced by garbage composting, it has encountered market problems. Therefore, in the past 20 years, the treatment of urban garbage composting in our country is experiencing a process of stagnation or even shrinking.