With the rapid development of China's economic construction and urban construction, the urban population is increasing, the people's living standards are constantly improving, and the resulting domestic garbage is also increasing. In the process of urbanization, garbage as a product of urban metabolism has become a burden of urban development, and basically the garbage is still in the open-air centralized dumping state, and the harm to the environment has become increasingly serious. Therefore, environmentally and economically handling urban domestic waste has become a very urgent task. Existing waste disposal methods include land dumping, dumping to rivers, landfills, composting, incineration, and recycling. 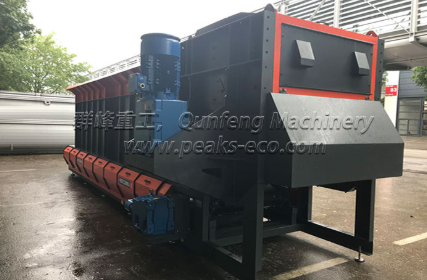 At present, most of the garbage disposal is mainly landfill, accounting for more than 70% of the total processing capacity. Most of the world's waste treatment, especially in the less developed countries, uses this method. This method is characterized by low construction and operating costs, simple operation, and large processing capacity. However, there are also many drawbacks: First, it takes up a lot of land, the location is difficult, and the cost of land acquisition is high; the second is to waste a lot of garbage resources, artificially turn garbage into "a huge amount of resources that cannot be grown, thrown away." "Fortune" can not meet the demand for resource treatment; third, the environmental pollution is serious, because the existing landfill construction is as large as the requirements of sanitary landfill, and the bacteria and poisons in the garbage continue to bleed down, polluting the land and The water quality, and with the increase of the accumulation amount and the continuation of the time, the pollution spread to the surrounding and deep underground, and the poisonous and odorous gas emitted by the garbage spread to the surrounding area, forming a three-dimensional pollution in the air, surrounding and underground. Although a few “sanitary landfills” have been built in many developed countries and some of the more developed cities in China, some pollution has been reduced. However, the environmental pollution problems caused by technical imperfections are still many and cannot be solved fundamentally.

Therefore, the advantages of the Recycling Sorting Equipment are highlighted. The garbage sorting equipment is used to treat the domestic garbage resources, and the urban domestic garbage is accurately classified, and then processed according to the different properties of the classified garbage. It can be recycled and reused, so that garbage can be harmless, reduced, and harmed. At the same time, it can also alleviate human resources and make sustainable use of resources. Therefore, the development prospects of Waste Sorting Equipment are very considerable.