With 40 Kinds Of "Patterns" In The Refined Sorting Line Of Recyclable Waste, Can It Really Pass The Cost?

Garbage is a misplaced resource, and the more carefully sorted it is, the more valuable it is.

Recently, Shanghai's first recyclable fine sorting line, with a designed sorting capacity of 180 tons per day, was put into operation in a factory on Minxing Road in Yangpu District. The recyclables from Yangpu and other districts are subdivided into nearly 40 kinds of "patterns" through semi-automatic manual sorting lines, which are compressed and packaged respectively and sent directly to qualified renewable resource processing and utilization enterprises to turn waste into treasures.

After rough sorting in the first process, 40 kinds of "patterns" can be sorted out.

At the recyclables sorting and packing center, the staff opened the back cover of the car, weighed and recorded the packed recyclables, untied the knot of the pocket, and poured the recyclables into the pit. 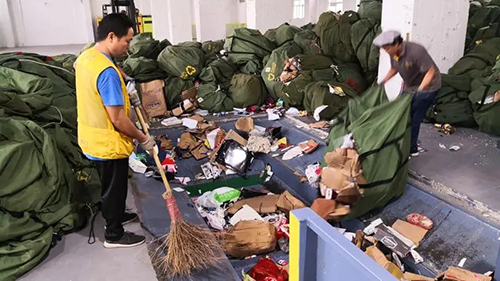 As the conveyor belt on the other side of the pit slowly turns, the recyclables are transported to the "second floor". 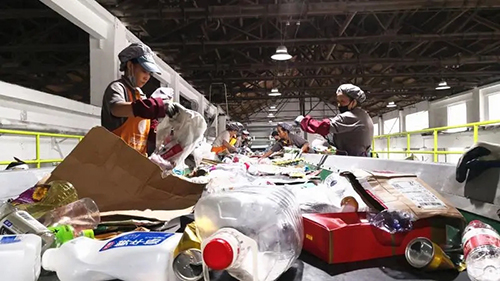 There, more than two dozen sorters stand on either side of the conveyor belt, picking out the few recyclables they are responsible for sorting into nearby 'fine sorting bags' or throwing them into nearby dumps.

A mobile collection box is parked in the pit at the bottom of the material mouth. When it is nearly full, it is pushed to the packing warehouse at the back of the assembly line by a special person.

The assorted recyclables are compressed into compact cubes, waiting to be shipped downstream. 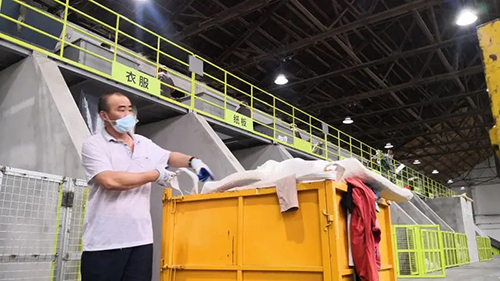 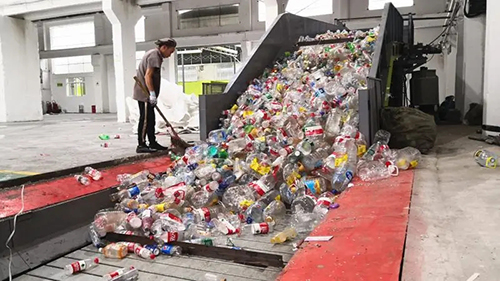 At the end of the conveyor belt, the remaining impurities are picked up as dry garbage collection and disposal.

The second process subdivision: to meet the requirements of end recycling

Some recyclables have already qualified for the acquisition of end-disposal companies after the first rough separation, while others need to enter the second subdivision line before they can be completely "transformed". 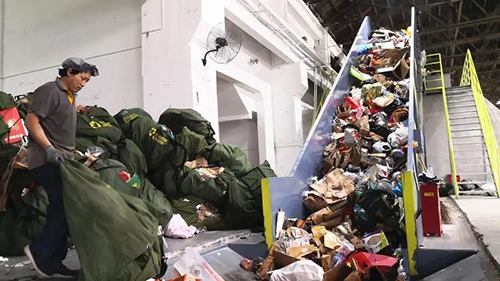 For example, the PET bottle, after the de-label machine, will be divided into a cap, bottle body, and label.

Classified and unclassified, there is a big difference in value; Unclassified is called "unified goods", after the subdivision of its purchase price can at least double, this is because, through the classification, the state can be recycled to meet the end of the recycling requirements!

Fine sorting line really can overcome the high cost of this clearance?

The labor cost of sorting is prohibitive to many recyclable middle-end businesses. So why does this recyclable sorting and packaging center in Yangpu District dare to be so subdivided?

1. The amount of recycling to form a scale, in order to "small profits but quick turnover"

Shanghai has laid nearly 3,000 intelligent recycling machines, which collect more than 200 tons of recyclable materials on average every day. The deployment of intelligent recycling equipment reaches a sufficient scale, which can not only allocate a large number of hardware costs but also ensure a stable amount of recyclables, making it easier to negotiate with the downstream.

As long as the initial funds are sufficient and the equipment is put into operation on a large scale, the hardware cost can be reduced and more users can be attracted by the higher purchase price. However, with the continuous growth of the collection and transportation volume of recyclables, the cost of collection and transportation is also growing rapidly, which has become the most "money-burning" part after the launch of intelligent waste equipment.

2. It requires the joint efforts of government departments and enterprises

With the support of the Yangpu District, transit stations have basically covered most streets and towns in the district. Without a transit terminal, the cost of recyclables in the area would have more than doubled.

With the support of Yangpu District and Baoshan District, each of the two districts has set up a recyclable good sorting and packaging station, which realizes the "closed-loop" of nearby collection and transportation of recyclable goods, sorting and then sending to other places for recycling, which further reduces the logistics cost of enterprises running between the transit and sorting sites.