Recently, the price of paper has become the focus of people's attention. First, "paper towel price increases in many places across the country" became a hot search. Recently, culture with paper, package with paper to also follow together brush the ground to raise the price to come, how is specific circumstance?

Liu Shuangxi, the owner of a printing shop, is busy every day and his business is doing well. But recently, the price of cultural paper has risen, which makes him a little worried. He said that after the Spring Festival, the price increase is relatively large, for example, white cardboard, the original 6,500 yuan/ton, now is 13,000 to 14,000 yuan/ton.

Liu Shuangxi said that paper prices have been rising, but the price of printing has remained the same, which has led to lower and lower profit points, which are now down about 30 percent.

Since May, the main domestic culture paper enterprises and traders issued a number of price hikes, among which the culture paper generally increased by 200 yuan/ton, white paper prices reached 1000 yuan/ton.

Recently, the rising price of paper has pushed the price of pork into the hot search, and household paper has risen for the third time in a month. Many netizens have commented: "Hurry and stock up on toilet paper!"

Zhang Siwa, a wholesaler from a paper factory in Neijiang, Sichuan province, goes to the paper factory before dawn every day to get paper and then sells household paper in town to earn the difference in price. But now, because the price of the paper factory has risen, Zhang Siwa says the profit is too low to keep working.

Unlike ordinary wholesalers, the prices of household paper in large supermarkets are relatively stable. A salesperson at a supermarket chain in Beijing said the prices of all household paper have not changed for the time being. Hema non-food purchasing management expert Zhang Guangping told reporters, because the supermarket chain has a lot of paper stocks, but also signed with manufacturers are long-term supply agreements, so there will be no rise in the price of paper in the short term. 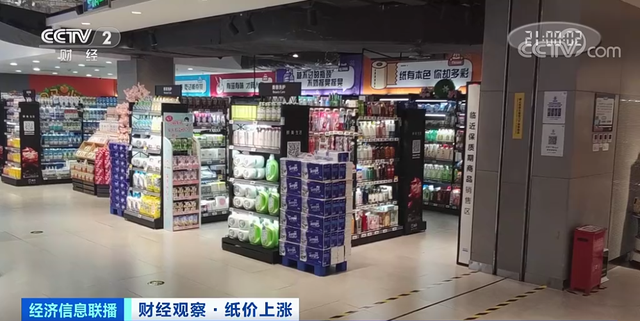 However, Zhang Guangping said that with the four major life paper enterprises in April this year, Jinghongye, Hengan, Vida, Zhongshun Jielou have issued a price increase letter, when the future will adjust the price of the terminal, temporarily uncertain. 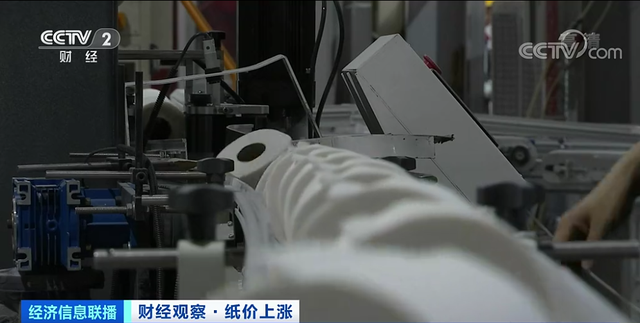 Not only are household paper prices rising, but on May 17, Nine Dragons Paper, China's largest packaging paper producer, launched its third round of price increases in May. The price of its base paper has risen every three days a week. Along with the news of the Nine Dragons base paper price rise, the cardboard market also ushered in a new round of price rise, among which many cardboard manufacturers have been the second round of rising.

Zhang Shenjin, Secretary-General of the Paper Chamber of Commerce of the All-China Federation of Industry and Commerce, said the main reason is the global rise in the prices of pulp, logistics, and energy upstream of papermaking, which directly increases the production costs of enterprises. The second rise is on the basis of the previous low rise, especially the white card paper, now the rise is relatively large.

In this round of rising prices, the major paper companies can be said to make a bowl full. But since March, a number of paper companies have suddenly announced the shutdown of maintenance, what is going on?

At the time the major paper companies have shut down, its quarterly financial results are particularly shining. In the first quarter of this year, the net profit of Chenming Paper was 1.179 billion yuan, up 481.42% year on year; Net profit of Sun Paper in the first quarter was 1.108 billion yuan, up 106.71% year on year. So, when industry profits are growing so fast, why do paper companies announce that they are shutting down for maintenance?

In fact, the rise in pulp prices and pulp demand is closely related, in the first quarter of this year Manzhouli port import pulp 70,000 tons, an increase of 37%; Valued at 260 million yuan, up 42.1 percent year on year.

Not only is the import volume of wood pulp large, but China's import volume of recycled pulp is also high, data show that in 2020, a total of 1.78 million tons of recycled pulp was imported, with a significant increase of 93.48% from the previous month. The average import price also increased significantly. In February 2021, the average import price was US $364.37 / ton, an increase of US $80 / ton compared with the end of 2020.

Pulp prices have risen, bringing a lot of pressure to papermaking enterprises. At the same time, with the official implementation of China's announcement on the total ban on the import of solid waste, the import quota of waste paper for paper enterprises has also been cleared. Faced with the huge gap of recycled fiber, Chinese papermaking enterprises have also begun to take multiple measures to improve the supply of pulp raw materials.

Data show: in April 2021, the average price of domestic yellow board paper to the factory is 2140 yuan/ton, up about 25% year on year. Industry insiders said that the rise in the price of waste paper and pulp prices, with the ban on waste, landed, domestic demand for more and more waste paper.

Tang Yanju, Secretary-general of Waste Paper Branch of China Renewable Resources Recycling Association, said that the regional leading recycling enterprises should give play to their scale advantages to stabilize the raw materials and market prices of the current end-producing enterprises, and the quality and recycling quantity of waste paper in China would also be greatly improved.

At present, the recycling rate of waste paper in our country has been as high as 90%, more than in Japan, Europe, and the United States, and other developed countries, but the huge gap of waste paper still exists. 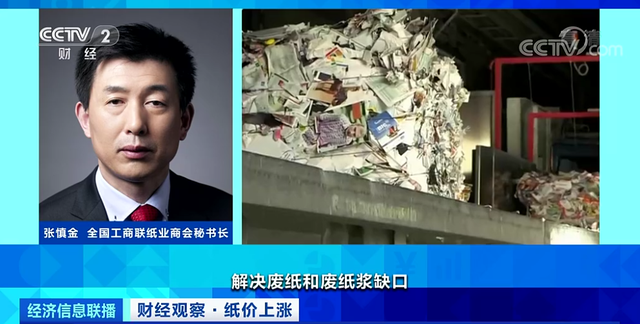 Zhang Shenjin, secretary-general of the paper industry chamber of commerce of the All-China Federation of Industry and Commerce, said that the way to solve the shortage and tension of waste paper and pulp is to increase the production capacity of waste paper pulp overseas and encourage Chinese enterprises to build waste pulp processing plants overseas.

In the storehouse of a paper mill in Zhejiang province, in addition to imported waste paper and domestic waste paper raw materials, we can also see a kind of gray cardboard, which is imported recycled pulp, that is, imported waste paper is processed into semi-finished pulp in overseas factories and then imported into China. It is understood that this year the enterprise in Southeast Asia to build the production of recycled pulp plant, and has been put into operation. 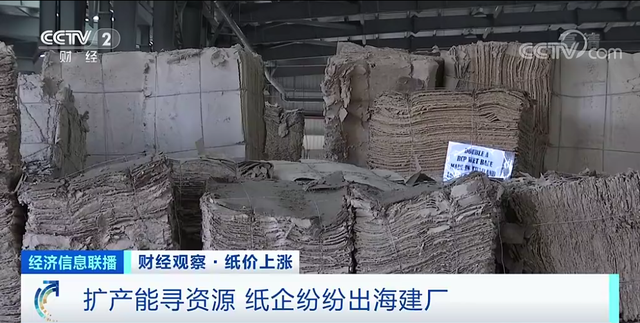 While increasing the source of foreign raw materials, China will continue to improve the supply of its own raw materials. The development of paper raw materials has become a new subject in front of papermakers. In Sichuan, bamboo has become the best raw material for paper towels because of its short growth cycle and rapid growth of forests, forming a circular economy that benefits many parties.

In addition to increasing the source of foreign raw materials, and constantly improve their own raw material supply, improve pulp recovery is also the most important part of the formation of a circular economy! Paper mills will produce all kinds of wastes in the process of papermaking. The use of organic matter separator developed and produced by Qunfeng Heavy Industry & Huaxia Qingshan can greatly reduce the waste output in the process of papermaking, so that more pulp can be recycled and put into production again, and achieve the goal of the circular economy.

Use of vertical mechanical separation technology, the equipment is set to break three big functions in a body bag, separation and pulping, applicable to small and large kitchen waste, eat hutch garbage crushing pulp, can be fully realized slurry separation, the impurities such as organic matter in the plastic, ensure fully recycling organic matter, and reduce the processing difficulty of the subsequent process.