The history of recycling around the world

Recycling waste products isn't a modern idea, and actually dates back several centuries before the invention of the dustbin. We take a glance back at recycling over the last millennium, from antiquity to industrial recycling. 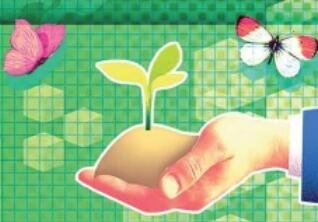 Who invented recycling? Nobody knows who exactly was the very person to recycle. But while sources are too unreliable to confirm its practice during the Bronze Age (from 3000 to 1000 B.C.), historians are nonetheless certain that the principle of recycling came hand-in-hand with the development of the first human craftsmen. However, some archaeological research projects have proven that proto-waste from Ancient Greece — around 400 B.C. — contained fewer used tools or broken vases during times of recession. This would imply that materials were systematically reused, and melted down to make new pieces.

The idea spread to several different human communities, and took new forms. In first century China, the Minister for Agriculture in the Han dynasty recommended that subjects of the emperor boil old linen rags to make paper. This method was brought to Europe in the eighth century by Arab civilizations, after their forays into the Far East. And rag-and-bone men appeared.

In the Medieval West, waste management became particularly problematic. Towns sprouted up everywhere, population numbers soared, and the amount of waste grew. As there were no laws to govern how it was handled, waste built up in the streets and rivers and remained a real concern right up to the Renaissance, when monarchs such as Francis I began calling for the use of baskets to collect refuse. And this made it easier to reuse. In England, the first professional recyclers began collecting the dust and ash generated by open fires in houses, then sold it on to brick manufacturers, who used it as a very inexpensive base material. In Japan, paper recycling had already been around for several centuries, and techniques were being fine-tuned.

The history of modern recycling

In the 19th century, recycling took a new lease of life with the industrial revolution. In the space of just a few decades, factories were sprouting up around cities, manufactured products were everywhere and urban populations were growing even more. The discovery of bacteria made people aware of sanitary concerns, and measures were taken to curb their growth. In 1870 in Paris, a governmental decree finally prohibited the deposit of waste on the streets, and obliged all citizens to procure a personal recipient. A few years later, Eugène Poubelle, the prefect of the Seine, made Parisians place a lid on those recipients, and gave his name to the new object: la poubelle (the rubbish bin).

Meanwhile, the recycling industry was becoming more professional. Iron mongers, rag-and-bone men and various street sellers patrolled the streets of European cities dragging a barrow to collect any recyclable materials. The first recycling centres made their appearance, and these collectors sorted scrap metal, earthenware or storage containers from other waste, only leaving behind organic matter. And that would be used to make compost.

During the early 20th century, Europe was at war, and so recycling solutions became essential. Any scrap metal collected became a crucial raw material, and was melted down to make weapons or railways. Over the years, with the appearance of the first motor vehicles, waste collection was again updated and intensified. During the Second World War, another time of crisis, recycling daily objects was an increasing part of people's daily lives. Rags, used fabrics, old sweaters or even buttons were collected, reused at home or sold on to professionals.

A fairly basic system up to the 1970s, professional sorting and recycling grew rapidly again when people became aware of environmental issues. Governments and industries gradually highlighted its importance, the first legal texts laying out guidelines for its practice began to appear, the first recycling companies were founded and the sector joined the industrial era. And since then, it has continued to be studied and improved. 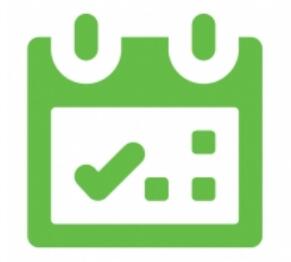 Ten dates in the history of recycling

3000 B.C.: The first metal objects are melted down to make new ones.

500 B.C.: Athens invents the first municipal rubbish dump, and obliges its citizens to deposit their waste there.

105: During the Han dynasty, the Chinese Minister for Agriculture Tsai Lun invents the idea of making paper from old linen rags.

1031: In Japan, new paper is made from recycled paper for the first time in the history of humanity.

1690: The first recycled paper company, The Rittenhouse Mill, is founded in Philadelphia.

1884: Eugène Poubelle, the prefect of the Seine, makes Parisians use a closed container — that would bear his name — to deposit their waste, and make it easier to collect.

1940: Nylon, elastic, used batteries and various scrap metals are recycled in Europe and the United States to benefit the war effort.

1970: The symbol for recycling — also known as the Möbius strip — becomes the universal logo for recyclable materials.

1973: The first recycling centre for plastic materials is created in Conshohocken, in the United States.

2016: The recycling industry generates revenue volume of 160 billion dollars throughout the world, and employs around 1.5 million people.