At present, the treatment of domestic waste can be divided into three main methods, namely landfill, incineration, and composting. Among these three treatment methods, incineration is a harmless treatment method, which is becoming more and more energy-intensive. Under the general background, if an environmentally friendly method can be used to incinerate garbage and then convert the chemical energy into electrical energy, it is of great significance to the development of our society. In today’s society, environmentally friendly incineration of domestic waste has become a state-supported method. Reasonably optimizing the incineration system will help ensure the stability of equipment operation and also greatly improve the efficiency of incineration.

At present, as the development of urbanization continues to accelerate, the amount of various garbage generated in the city is also increasing. Many cities in China cannot effectively deal with a large amount of garbage, which has caused a serious impact on people's quality of life. , Waste incineration and disposal have received widespread attention and attention. The main working principle in a garbage disposal is through reduction and harmless use, and recycling of valuable garbage can be realized through garbage collection. However, among the many garbage disposal methods in our country, incineration of garbage is a relatively effective garbage disposal method. The incineration of garbage for power generation realizes the effective conversion of energy sources, and at the same time, it also significantly improves the effect of garbage treatment in the city. Realize the sustainable application of resources and reduce the bad pollution problems caused by garbage to the urban environment. 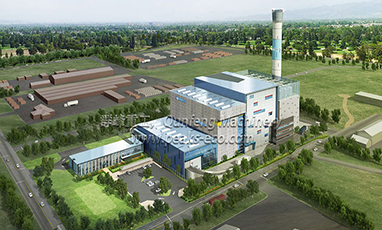