How is the classification method tailored to local conditions?

Garbage sorting is undoubtedly one of the hottest topics of the day. Are you looking for waste sorting system equipment or waste transfer station system? Recently, the relevant person in charge of the Ministry of Housing and Urban-Rural Development said that this year plans to invest 21.3 billion yuan. By the end of 2020, the 46 key cities that will be tested first will basically complete the garbage sorting and processing system. In China, more and more cities have introduced or are in the process of implementing domestic waste management regulations to classify waste into legislation.

Since July 1, the Shanghai Municipal Solid Waste Management Regulations have been officially implemented, and the mandatory waste sorting has been widely implemented in Shanghai. The Ministry of Housing and Urban-Rural Development announced that it will promote waste sorting in 46 key cities across the country. Beijing, Shanghai, Taiyuan, Changchun, Hangzhou, Ningbo, Guangzhou, Yichun and Yinchuan in the 46 key cities have introduced regulations on the management of domestic waste, and clearly classified waste into the rule of law framework, of which Beijing is the first legislative city.

More than 80% of the 46 key cities adopt the“four-point method”for hazardous waste, recyclables, kitchen waste, and other wastes. The implementation of these four categories is basically the national classification standards. In order to facilitate the understanding of the public, some regions have adopted different names and signs. For example, Shanghai proposes dry and wet garbage, while Beijing is kitchen waste and other waste. Waste Sorting System Equipment and Waste Transfer Station System are be used widely. 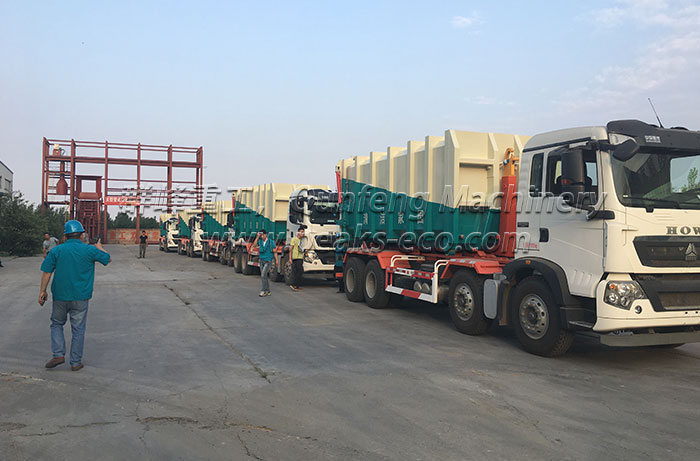 In most cities that have already enacted legislation on waste classification, penalties for individual violations have been clarified in relevant regulations. Among the 46 key cities, 25 cities have clarified the penalties for individuals and units to illegally discharge domestic garbage. For individual violations, most cities have a maximum penalty of 200 yuan. If the unit illegally puts in or dumps domestic garbage randomly, the highest is 50,000. Yuan fine.