How does Eddy Current Separator Work? 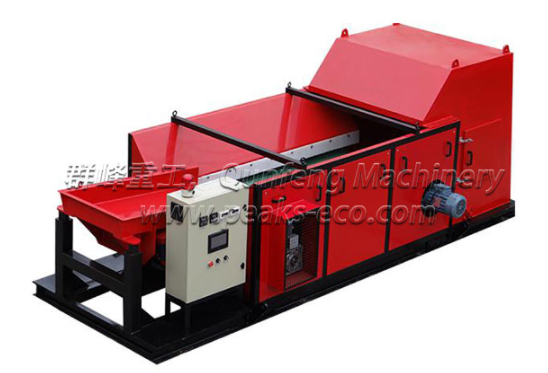 How does it work?

An Eddy Current Separator utilizing an eccentric magnetic rotor design mounts a smaller rotor in the top quadrant of the non-metallic shell. In this design, attracted magnetic material will move through a diminishing magnetic field until it ultimately reaches a point where it falls away from the belt. This ferrous metal then often discharges into the non-metallic fraction. But, even in this scenario, upstream magnetic separation is critical to minimize the amount of ferrous material coming in contact with the Eddy Current field.

An Eddy Current Separator using a concentric magnetic rotor design has a magnetic rotor that maintains the same gap between the outer non-magnetic shell and the internal magnets throughout the entire circumference of the rotor. The high-strength magnetic rotor is constructed with powerful neodymium rare earth magnets that hold ferrous metal tightly in place—at the expense of making it difficult to discharge from the belt. Additionally, because of the high-speed rotating magnetic field, a ferrous metal that cannot be discharged instead remains on top of the belt at the bottom point of the magnetic rotor. Because the magnetic field is constantly rotating and changing, the metal vibrates and becomes very hot. As a result, once the conveyor belt stops, this red hot ferrous metal can easily burn a hole through the belt and onto the non-metallic shell’s surface. Over time, continuous wear resulting from ferrous metal will lead to deterioration and holes on the non-metallic shell’s surface. Then, attracted ferrous metals will pass through these holes and attach to the rotor magnets, leading to the catastrophic failure of equipment. So, in these scenarios, it is important to have maximum magnetic separation of the material upstream before the stream lands on the Eddy Current belt.

We are an Eddy Current Separator supplier, please contact us if you need them.