(2) composting: scientific research on composting techniques began in the 1920s in the Netherlands. Composting treatment refers to the conversion of the organic matter in the garbage into stable humus under artificial control, so as to make it a soil improver that can be applied to the farmland. Composting technology is relatively simple, suitable for waste disposal with high perishable organic matter content, can make use of some components in waste resources, and the investment of waste disposal in the same quality is greatly reduced compared with the simple incineration treatment. Composting must be a process in which fresh waste is first sorted before the perishable organic components are fermented. At present, the number of waste compost plants abroad is on the decline, but the development of composting technology has not stopped, the most widely used is mechanical biotechnology (MBT). 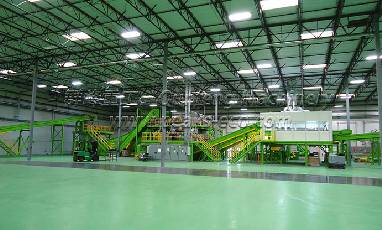 China garbage sorting machine msw manufacturer believes that garbage Sorting is the development direction of garbage disposal. In garbage classification collection or work on the classification of the sorting before landfill, recycling sorting equipment makes the use of living garbage in the useful material dosage, compost and even burning amount will be significantly improved, direct landfill quantity will be reduced greatly, not only save a large amount of land but also reduce the secondary pollution, can significantly improve the resource utilization of waste.